Stage Your City is a participative and site-specific theatre research project using digital media. With our partner theatres in Nancy, Oslo, Karlsruhe and Tbilisi, we developed a play using installation, augmented reality (AR) on mobile phones, virtual reality (VR) and other technologies to tell a story, customised for each city.

The story unfolds on three stages: in Part 1, a hologram installation on eight displays gives a glimpse into the story, presenting a video message of four messengers. In Part 2, the audience separates into groups that walk through the city, listening to audio messages, searching for the messengers – some of whom appear in person – and helping them with several tasks. In Part 3, the audience comes together again onstage where Part 1 started, exploring the virtual world they created with the messengers.

Since 2000 I have collaborated with choreographers and composers at the ZKM | Center for Art and Media in Karlsruhe on several theatre productions. In 1993 I worked at the ZKM Institute of Visual Media as designer and programmer supporting invited guest artists. Institutions like ZKM Karlsruhe gave me access to resources and also offered technical support. Early media art productions were almost organised like theatre productions where artists work hand-in-hand with a team of technical staff on the text, images, sound, lighting and technology of a production, both installations and life performance alike. Media artists like Bill Seaman, with whom I have worked since 1995 on several productions, had a background as a live musician and in video art and music composition, but only very few digital skills. It took a rather long time to transition into a new art form. Institutions like ZKM Karlsruhe, the Ars Electronica in Linz, Austria, and a few other places paved the ground for the new digital field. The early digital art revolution between 1990 and 2000 was made possible with support of publicly funded (European) organisations, institutions and art festivals. 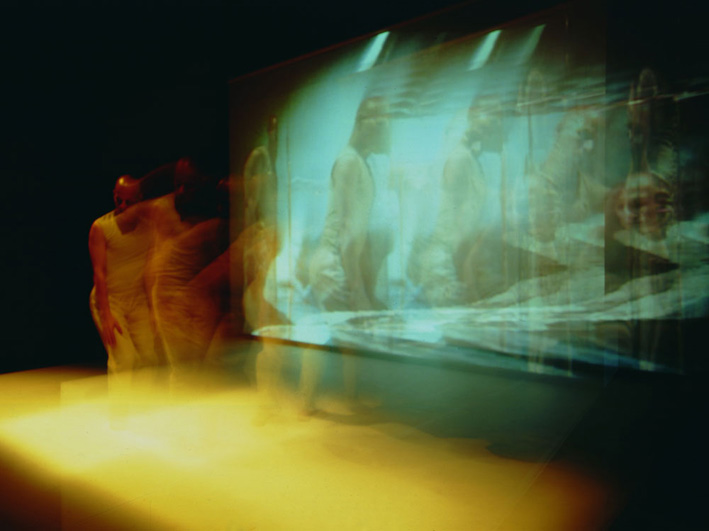 Frankfurt-based choreographer Bill Forsythe approached ZKM Karlsruhe 1995 with an urgent request to digitise the Frankfurt Ballet’s video archive. In the process of working with the them, we explored ways to develop a digital training assistant for dancers. With Improvisation Technologies, dancers created motion material in a specific way to be used in rehearsal. The dancers of the company were part of the creation process and used our digital tool for several years within the company. In 1999, Bill Forsythe decided to share Improvisation Technologies with a CD-ROM publication as a ‘tool for the digital dance eye’. Digital tools not only enhance the understanding of contemporary theatre and change the aesthetics of production onstage: they also open up new ways for organising and distributing artistic creation processes.

Since 2000 I have been working on my own stage productions in a number of theatres and festivals. One would think that contemporary post dramatic theatres had embraced new media and exploring new ways of storytelling by then. But I was confronted with expectations of new digital tools that were either too high (naïve) or too low (rejected). Obviously the old but strong theatre machine also demanded redundancy something fail safe – from a prototyping new media culture, which could not (yet) deliver.

Disappointingly, only video seeped slowly into theatres, establishing a sixth department next to opera, theatre, dance, light and sound. Over the past 30 years the not-so-new digital tools now have evolved. The risk of crashing a show can now be reduced to a minimum. Research projects like the European Theatre Lab can push the envelope and make technology fail safe – similar to media institutions in the 90s paving ground for the emerging digital arts in museums. Finally, it is about time that ‘Drama goes digital’. 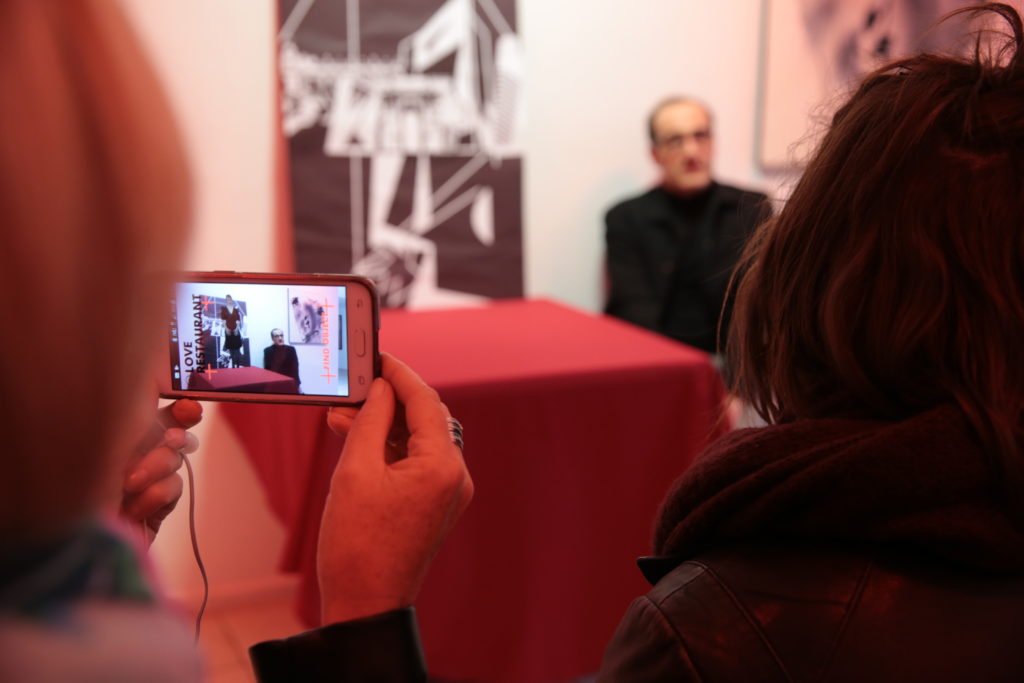 I would like to see digital producers or digital dramaturges in theatres, syncing theatre production with external experts. Theatres should be prepared to keep up with fast-growing developments. I do not think that each theatre needs to have a special digital task force department. It is necessary to find a way to co-ordinate external pre- or parallel production with rehearsals and the creation process in house, which can change a lot. A digital producer or digital dramaturge works on overlapping the fields of theatre and media production. Theatre can learn a lot from video game productions where storytelling is based on technical prototyping – also relying on ‘old’ film or video production techniques and new game technologies like VR and AR. Theatres need redundant technologies for a safe show, where many complex technologies interact onstage in real-time during live performances. It takes time to make the digital fail safe, i.e. , to make it an unquestioned part the theatre machine.

In the Stage Your City research project of the ETC’s European Theatre Lab, one could say that we put a multitude of technologies on our plate to test new tools for redundancy. Where do technologies demand change from the traditional artistic creation process? We should embrace the process and invite digital tools into it, not work against it. With these tools we can now invite the audience into the process and have technically supported interaction in the plays. I hope this takes away the concern about redundancy. The audience sees the digital as a medium for storytelling in social media already. So, yes: we CAN catch up with the audience!

Stage your City is merging the trends of digitisation and participatory theatre. it plays with augmented reality, 360° video, gaming elements and an app-guided city walk. The participatory approach brings theatre directly into the community. In a dystopian fairy tale about a future city ruled by artificial intelligence, the audience is asked to explore their city interactively and make decisions about the question in which world they want to live in 2052. More about this creative project..