The Croatian National Theatre in Zagreb and Det Norske Teatret from Oslo created a co-production project entitled Kinetics of Sound. The project involved staging two national classic modernist plays at a theatre in the other nation: Henrik Ibsen’s Peer Gynt was staged in the Croatian National Theatre (CNT) and Miroslav Krleža’s Kraljevo (The King’s Fair) in the Det Norske Theatret. Innovative audio technology was used in both projects and was developed in co-operation with electronics and computers specialists. The common goal of this project was to promote these two national theatres as leaders of innovative technologies in the European theatre landscape and to include young audiences in the creative process as well as in the reception of classic theatre.

To enable the project in Zagreb, the Croatian National Theatre organised an OpenLab creative workshop entitled ‘Zvuk Trolova’ (English: ‘sound of trolls’) for the Peer Gynt production. The workshop was organised in co-operation with Radiona/Zagreb Makerspace and was held in the premises of the CNT in Zagreb on 27 October 2017. The workshop was hosted by the artists Deborah Hustić and Mitja Smrekar. Deborah Hustić is a manager and curator of the Radiona/ Zagreb Makerspace association (established in 2013), which aims to connect education and production of new media and promotes innovative science and techonological development in the arts. Mitja Smrekar is a Slovenian theatre and film composer who has written the music for more than 70 films and theatre productions. He is also a composer of contemporary music in which he combines real instruments with electronic sound.

During a one-day workshop, the participants learned about the different possibilities for using analogue and digital music instruments in theatrical performances. After this introduction, the participants and artists did an improv-playing session together to create sound/music for Ibsen’s trolls based on the themes in Ibsen’s play (i.e. , on the kingdom of trolls and their mythology). This workshop was attended by University of Zagreb students from various departments, such as the Academy of Dramatic Arts, the Academy of Music, FER (the Faculty of Electrical Engineering and Computing) and the PMF (Department of Mathematics) as well as electronic and experimental music artists. Since one of the workshop teachers was Mitja Smrekar, a Slovenian composer (who wrote the music for both the productions in Zagreb and Oslo), the participants gained insights into a concrete composing process whose result could be followed in both theatre productions. The specific task in the workshop was closely connected with the scene with trolls where a completely different philosophy of life and morality are applied, enabling the participants to use their imagination without any restraints.

This workshop linked today’s geeky, hacker culture with the mythological concept of trolls, and their reflections about life and humans. This highlighted the importance of figuring out ways to keep up with the classics in modern performance, eliminating possible fears of new technologies and exploring new perspectives in theatrical productions. It was targeted individually towards the participants of the workshop, mainly to raise their interest in the new technologies in the theatre.

The workshop was the starting point of later work by Mitja Smrekar (composer) alongside the work by Amund Ulvestad (sound designer and expert on new sound technologies from Norway) who made sound costumes for the actors in the CNT production of Peer Gynt.

This project also helped get young audiences interested in theatre. The CNT organised an open dress rehearsal of Peer Gynt for the students of the University of Zagreb. Erik Ulfsby, who directed the production in Zagreb, talked to the audience, briefly explaining the main motivation of this project. After the dress rehearsal, students were able to comment on the production and the technology used in it. 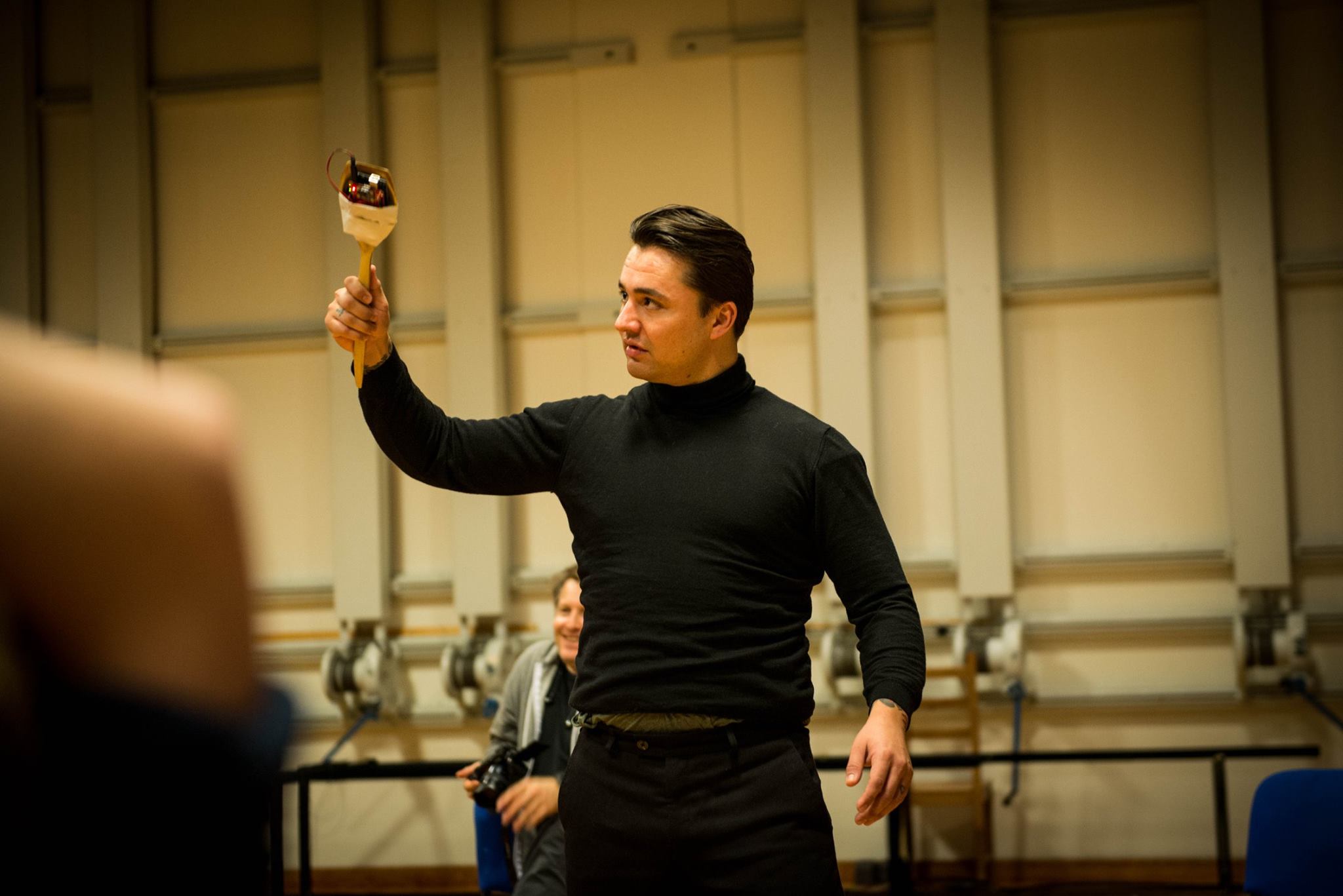 The CNT in Zagreb also gave a detailed report on the workshop and the process of making Peer Gynt on its website, while a lot of information about the project was also published on social networks such as Facebook, Twitter and Instagram. This part of the project was not targeted individually because it included the wide range of theatre audience. The project attracted a younger audience as well as more traditional theatre-goers who were very accepting of the new technology on the stage. It is also worth mentioning that the reviews of Peer Gynt devoted much space to the new technology used in the production.

The fact that this production incorporated new technology into the play was very important for the CNT in Zagreb because it forged a connection between a more than century-old theatre institution and the technological present and future, successfully promoting the theatre art among new, young generations.

The Kinetics of Sound project is an excellent example of using technological innovations to enrich the artistic experience. The CNT in Zagreb will continue to develop similar projects using new technologies and co-operating with theatres in Europe.

This project brought together two large scale stage productions of modern classics, Peer Gynt by Henrik Ibsen and Kraljevo (The King’s Fair) by Miroslaw Krleža. They have been staged in the partnering theatres exchanging directors and bringing a part of their cultural heritage to the other country. Erik Ulfsby has directed the norwegian play in Zagreb, Ivica Buljan the Croatian text in Oslo. both productions work with the same composer and experiment with new audio technology, such as sound capturing, 3D sound, auralisation and psycho-acoustic effects. More about this creative project…