– by Amund Ulvestad – Multimedia Artist, Musician and Composer (NO)

“YES! Wow! I think we are finally entering the twenty-first century!” the troll roared, stomping her feet joyfully on the ground, each stomp producing thunderous, boulderlike sounds. It was her first time trying on the troll sound costume I had prepared for her – and the first time anyone at the Croatian National Theatre had ever acted with motion sensors. It was also my first time using these sensors for theatrical sound design, but the novelty of the technology had already worn off a bit (my neighbours suffered three weeks of me stomping around in my studio like a troll). Still, seeing this anything but troll-sized actress tramp about the room, hearing her test out her new stone arms and boulderlike feet, enthusiastically growing into a completely new creature before my eyes and ears, I had to agree with her: it did seem like we were entering a new era.

Technology is, in itself, nothing new. There is a clear line of technological development from the invention of the wheel to the Mars rover – a long series of ideas gradually given physical shape through human labour. The wheel. Could its inventors have imagined its impact on society? Could they envision all the purposes the wheel would fulfil and what other inventions it would facilitate? Did they ever dream of the Mars rover? Probably not. Human societies’ development of the wheel has been a long process. In fact, the wheel is still being developed today. And so, it would be a mistake to think of the creation of the wheel as a singular turning point, a dramatic moment that forever changed human society. Rather, it was the other way around: our constantly changing society – our needs, our wants – created the wheel. And new needs, new wants continue to shape it today, all the way to Mars. Human culture and its relationship to technology is just that – a relationship. In which culture informs technology and vice versa.

Today our relationship to digital technology resembles the relationship our Neolithic ancestors had to the wheel. 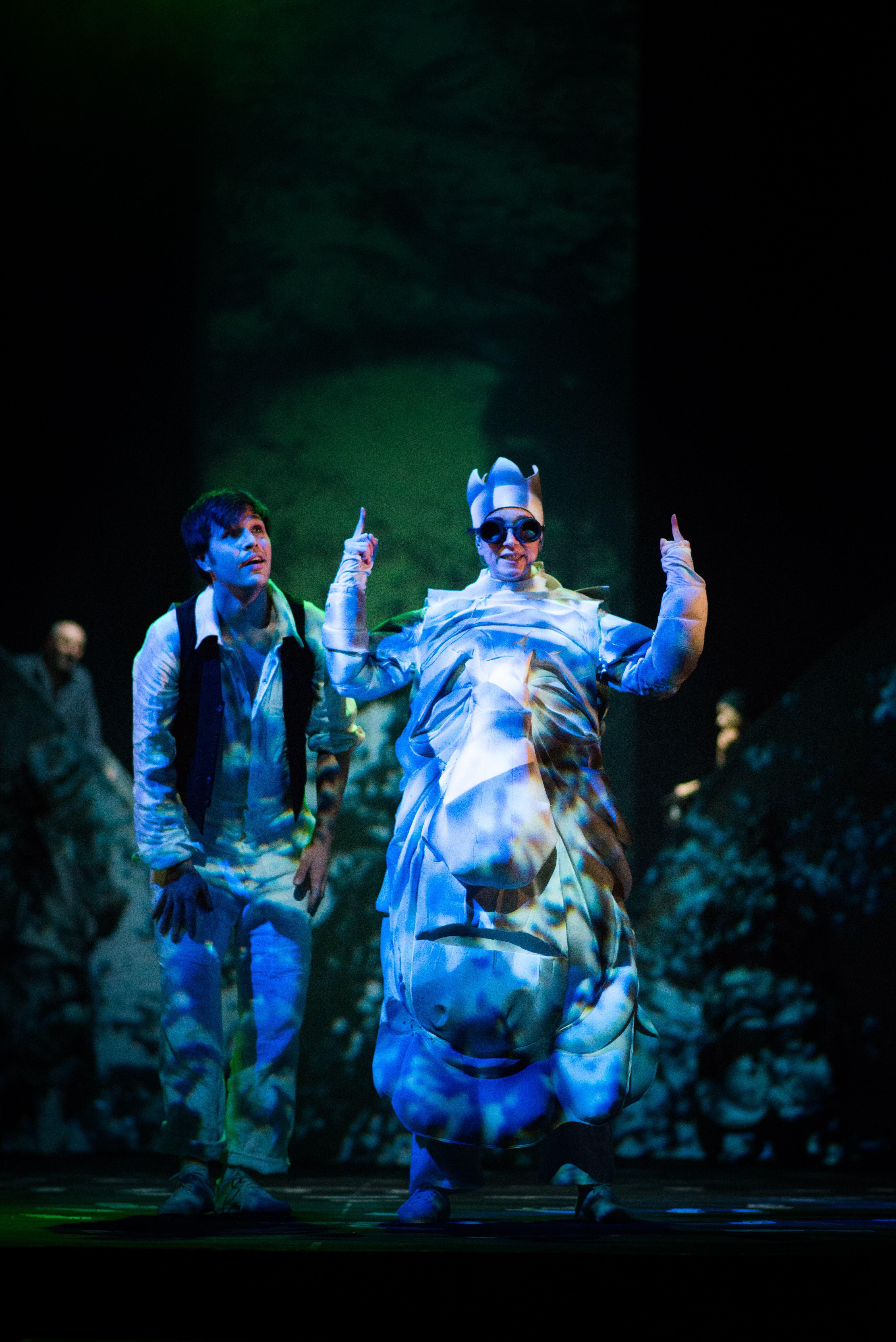 The digital machine is, at least to most of us, something of a mystery. Like the wheel, it promises to free us from some of our burdens, to make our lives easier and more comfortable; it seeks to inject itself into our very way of living, communicating and working. And still, like the wheel to the people of the Neolithic era, it is a device whose innate properties most of us cannot easily understand and whose future potential we cannot fully grasp. This is precisely why we should interact with it.

The novelty of a new technology – its apparently magical properties – is its least interesting feature. In fact, it is only through deep exploration of a technology – i.e. , by demystifying it and thereby negating its novelty – that we can make any sort of tool or machine that would have potential in an artistic context. We, as creative artists, should remember this when working with new technology: only by getting to know the technology, only by getting past its baffling newness, can we produce art with it. But how can we go about doing this?

Consider the sculpture of ancient Greece. We are used to seeing sculptures as white and clean abstractions of, for the most part, the human form. And so, their cold, ethereal whiteness became a symbol of ancient Greek culture, perhaps resonating with our notions of a classical ideal of purity. But now we know that they were all originally painted. Imagine the entire Parthenon in vivid colour: the deep blues, bright reds and shining yellows. To produce a sculpture in ancient Greece was to marry the art of chiselling stone or casting bronze with the art of painting. This begs the question: Was the underlying sculpture seen simply as a three-dimensional canvas, a shape on which the painter could produce art? Or was the sculpture seen as the true art form, the paint merely a final touch, a little decoration? Or were they perhaps considered equally important contributions to a final sculptural ‘Gesamtkunstwerk’?

Modern theatre is a similar marriage of art forms. So when an actors walk across the stage reciting a text, we must ask: Is the text their canvas, the underlying structure upon which they produce art? Or are they just a mediator? Maybe the actors themselves are a canvas, dressed as they are in a costume, surrounded by lights, smoke and scenography, and underscored, perhaps, by dramatic music or the sound of distant crows? Or is the performance of the text itself the true art form, the surrounding technological elements merely forms of decoration?

Anyone who has worked in the theatre knows that every production contains an implicit hierarchical relationship between the different art forms that come together onstage, depending on the project and its participants. While one production might be conceived solely as the traditional acting out of a script, others are explorations of specific architectural spaces, bodies or objects; others are still dramaturgically closer to a concert or a conversation or – any imaginable thing. Each of these focuses requires a different approach and organisational structure in which the most essential artistic disciplines within the given project come to the fore and lead the way.

This is especially true when exploring new and yet untested technology in an artistic context: because we do not know how it will function and what role it can play; because we cannot lean on conventions when incorporating it into our work. In short, if we really want to explore new technology, we must make it a true exploration. We must invent from scratch both a suitable work methodology and a language for communicating what we are experiencing and where we want to go. We must make theatre through technology. How can technology tell the story? How can technology itself be theatre?

Circling back to the troll at the Croatian National Theatre, I feel optimistic. Through the staging of Peer Gynt here and The King’s Fair at the Norwegian Theatre in Oslo, we have barely scratched the surface of what kinetic sound design and music can be. But the enthusiasm from the actors who are now regularly acting with the technology as well as the reactions from the audience, theatre-makers and artists from other fields bode well for a continued in-depth exploration and development of the technology. We have indeed entered the twenty-first century – and it is still young.

This project brought together two large scale stage productions of modern classics, peer gynt by henrik ibsen and Kraljevo (the King’s Fair) by miroslaw Krleža. they have been staged in the partnering theatres exchanging directors and bringing a part of their cultural heritage to the other country. erik ulfsby has directed the norwegian play in Zagreb, ivica buljan the Croatian text in oslo. both productions work with the same composer and experiment with new audio technology, such as sound capturing, 3D sound, auralisation and psycho-acoustic effects. More about this creative project…